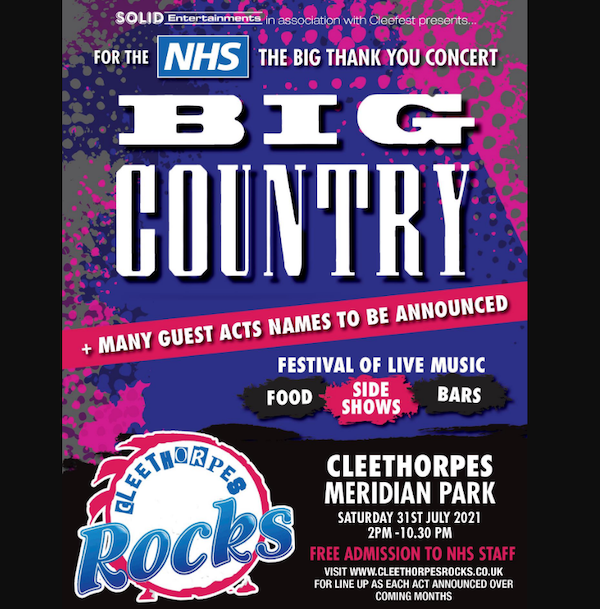 Cleethorpes Rocks and Clee Fest have joined forces to bring you an open air one day festival as a big thank you to the NHS for all they have done and are continuing to do in these challenging times.

This Power Blues/Rock Trio, playing their own music in the style of Hendrix and Zeppelin, have already been tipped for the big time by BBC Radio. Two of the young members of the band, Jason Barwick (Lead Guitar), and Kurtis Smith (Drummer) have such mature, explosive and vast talent, few can believe. Winners of The Best Band award from Its Only Rock n Roll Magazine 2006. 'The power of this trio has to be seen to be believed' - BBC Radio. 'We reckon in a couple of years time, Jason will be in the UK's top ten guitarists and Kurtis in the top ten drummers' - Its Only Rock n Roll Magazine. 'They have an electrifying Jimmy Page-style performance with Hendrix-inspired stunts, an awe-inspiring mixture! Already tipped for the big time this is a great chance to see a couple of musicians that have a very promising future' - BBC Radio