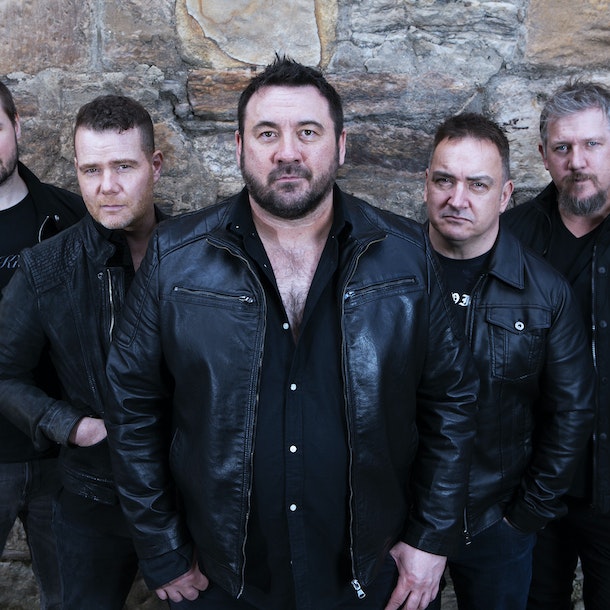 Energetic and dynamic British blues breakers King King hail from Glasgow and Lincoln. The driving force behind King King’s unstoppable charge is Alan Nimmo, a virtuoso frontman possessed of an almost impolite level of charisma and the talent to back it up. An award winning bluesman in his own right and widely known across the UK and Europe. Nimmo’s full-blooded style, technical brilliance and impassioned vocals are infections and instantly recognisable. Surrounding himself with the hottest talent currently working the scene has made King King an irresistible melting pot of influences. The result is a sound which is energetic, potent and irresistibly funky, to quote Guitar & Bass: ‘King King play the kind of blues that’ll lift the most stubborn of frowns’. Their meteoric rise saw them inducted into the British Blues Awards Hall Of Fame as winners of 'Best Band' for three consecutive years (2012-2014) and 'Best Album' on three occasions (2012 for the debut 'Take My Hand', 2014 for 'Standing In Ths Shadows' and 2016 for 'Reaching For The Light').

A rock and soul four piece band from Cardiff. 'Channeling the big sound and emotional push and pull of Fleetwood Mac at their height. Exquisite rock and soul' Classic Rock Magazine