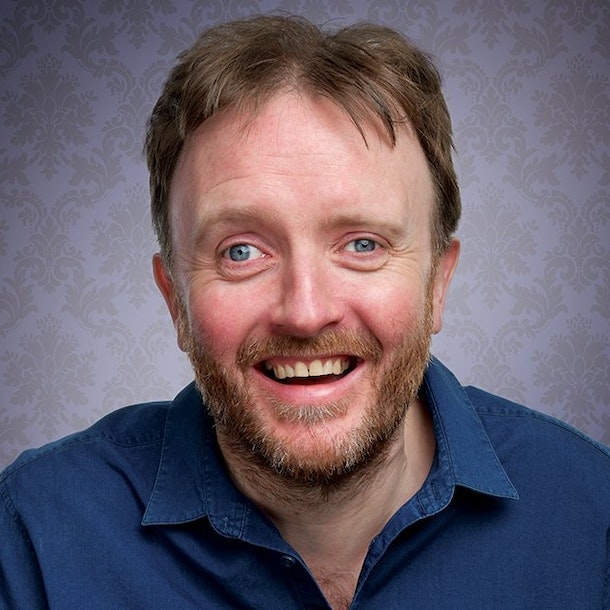 As a blind comedian, Chris McCausland is even more reliant than his peers on the laughter of an audience to sustain him. Our smiles are of little use, but the hearty applause which greets the end of Speaky Blinder would surely reassure him once more that he's on the right path.

A synopsis of this show wouldn't read like an especially fresh one, given its story of a man struggling with the responsibilities of first-time fatherhood. But with the extra layers of practical impediments, the obstacle-filled life of a blind person is laid out in intricate detail, leaving the sighted to thank their lucky stars. Still, McCausland would prefer not to have eyesight than be denied his hearing, the giggle of his four-year-old daughter bringing more pleasure to him than a mere sunny smile would.

All of this might make you imagine that an overly sentimental hour is on the cards, but McCausland undercuts proceedings with a devilish wit. His retelling of a happy marriage to a hot-blooded Brazilian psychologist is peppered with hilariously caustic asides as he envisages using sex in order to better manage the utility usage in his household. A moving but never manipulative story with gags aplenty.

Although hailed as the only blind comic on the stand up circuit, comedian Chris McCausland makes light of it. He usually begins with a crack about the irony of a blind man doing observational comedy and then speeds off into his entertaining and refreshing set, making wry and perceptive comments about the rich and famous, every day life and suchlike. Instantly likeable and definitely memorable. 'Proper stand up, honest straightforward and balls-out funny' (Chortle) 'A must see!' (The Sunday Times) 'Always excellent' (The Times) 'Truly brilliant' (Three Weeks) 'The new face of comedy in the UK' (ITV) 'Shining Light!' (Sunday Express) '... fabulously funny and a definite highlight' (Leicester Mercury).