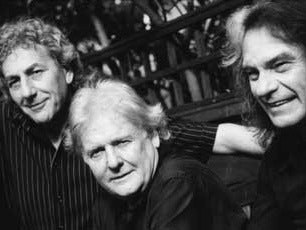 We have a new date for 2021 for the Strawbs 12 November 2021 as we and they have regrettably agreed we had to reschedule to 2021 so all tickets remain valid or you can get a refund from your point of purchase or you can donate the money if you wish.

With Jolene Missing and Hippy Joe (Hayseed Dixie) as special guests opening. Tickets in advance £20 on the door £25.

I first saw them in 1973 when David Bowie had them play his free concert in Bekenham and have loved them ever since.

The Strawbs started life as the Strawberry Hill Boys before emerging into the mainstream from the exciting British Folk Movement of the mid 60s alongside other such luminaries as Fairport Convention, Pentangle, Al Stewart and Roy Harper.

Their first album with Sandy Denny attracted the attention of A&M Records in America and they became the first British Band to be signed by the famous label. Under the guidance of Herb Alpert & Gerry Moss, major chart success followed with seven consecutive albums in the Billboard charts, including classics 'Bursting at the Seams', 'Grave New World', 'Hero & Heroine', 'Dragonfly' and 'Ghosts', earning the band two Gold Albums along the way.

The Acoustic Strawbs of the 21st century consist of the founder, constant guiding force, originator and lead vocalist Dave Cousins, described by Rolling Stone Magazine as the best Dylan influenced songwriter to come out of the UK. Alongside him longtime band members lead guitarist Dave Lambert and the astonishingly versatile Chas Cronk, who together formed the front line of the classic 1970s Strawbs.

THIS IS AN ALL SEATED SHOW ON A VERY SPECIAL ANNIVERSARY TOUR.

The Strawbs have enjoyed major success on both sides of the Atlantic. In the early 1970s, as well as the hit albums, their hit singles "Part of the Union" and "Lay Down" topped the charts. From the mid-1970s they spent more time in the States and Canada where their albums charted for five years as they toured with Santana, The Eagles, Peter Frampton, Blue Oyster Cult, Joe Walsh, King Crimson, and Frank Zappa.