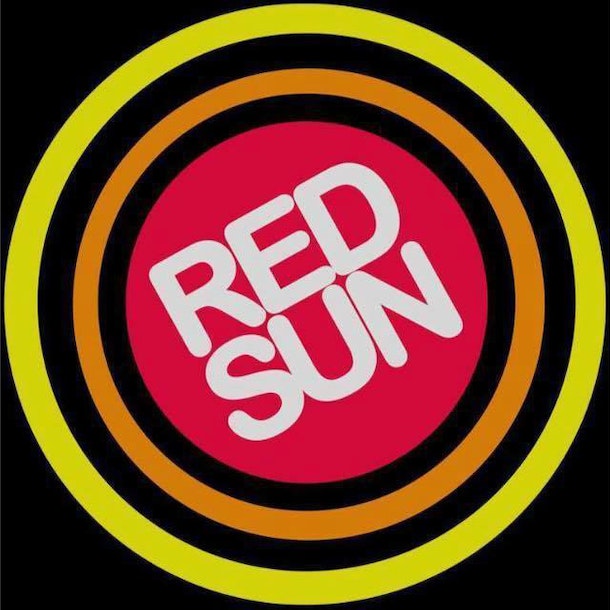 3 days of heavy music, in the heart of Cardiff.

Honky are a 3 piece superboogie hard rockin' blues band from Austin, Texas. (Featuring JD Pinkus of Butthole Surfers.) Founded in 1996, the band have toured with the likes of Down, Karma To Burn, Fu Manchu and Nashville Pussy.

Slabdragger can, and will, stand toe-to-toe with Torche, YOB, Floor, Sleep and Electric Wizard. Big words for a largely unknown band from South London. They are that good. Sam Thredder playing guitar and vocals, Yusuf Tary plays bass and yells down the other microphone whilst Matt Byrne hits the drums with baseball bats. Sludge as f**k. Drawing inspiration from some of the heaviest hitters in the sludge and doom pantheon, Slabdragger are as filthy, ugly, abrasive and heavy as hell – the musical approximation of a woolly mammoth going down on Godzilla, if you will. - Rocksound

London quartet, Gurt, take the blues and groove of 70s rock and drag it backwards through the swamps of Louisiana. The drums are thunderous, the vocals demonic and the guitars down-tuned, down-tempo and down-right sexy. 'This is not doom, this is not sludge, this is Gurt'.

Elephant Tree are a band who, after cutting their teeth in the London metal scene, have established a place within the current growing Stoner Metal genre with a combination of ballsy blues rock and heavy riffs.

Florence Black are a rock trio from The Valleys who have been creating music together since their teens.

Baron Greenback is an outfit which doesn't like to marginalise itself with labels. Sometimes heavy, sometimes bluesy, sometimes sludgy, sometimes funky, the Barons play music which is just second nature to them.

Piss Viper bring a brutal recipe of groove and hardcore to the masses. Blending thick, dirty, bourbon soaked riffage with an aggressive, rhythmic vocal style, they take no prisoners with their sonic assault. Drawing influence from giants such as Pantera, DevilDriver and Crowbar; they have been described as 'balls out stoner thrash' and 'a more aggro Mastodon'.

A furious London band ploughing through garage, punk and rock 'n' roll with relish. They've been tearing up stages for the last 5 years and have been making waves with their own DIY label and gig night Rip This Joint. "The perfect balance of frenzied and chaotic, yet satisfyingly strong, steady and uncompromising" - GoldFlakePaint "Just full on go!, go! go!, not giving you a second to catch your breath" - Echoes And Dust

A three piece psychedelic / stoner rock band from Suffolk whose influences range from Baroness to Black Sabbath to Torche.

Cornwall's Cybernetic Witch Cult fuse elements of Stoner, Doom, Prog, and balls out Hard Rock to create a sound that sets them apart from the average doom band.

A three piece stoner-punk band from Redhill Surrey. Gleefully crashing across the UK's toilet circuit, the lads have been honing their chops and want to bring you big riffs, catchy songs and passionate, sweaty performances.

'Victorian Whore Dogs are a Sludge/Post Hardcore band from Guildford, combining the influences of bands such as Will Haven, Neurosis, Vision Of Disorder and Iron Monkey to make a disgusting sludge fest of pounding riffs, slow tempos and abrasive vocals. The four piece have been gigging throughout the United Kingdom for a couple of years, broadcasting their brand of 'Sexy Hobo Tramp core' to anyone willing (or unwilling) to hear it. Since their creation in 2010 Victorian whore dogs have released 3 EPs, their most recent release, Fetch, gained much popularity amongst the sludge metal underground. They stepped into the studio once again in 2013 to record a follow up.

Godbomber have four legs, two belong to Ian and the other two to Stu. Between them they play drums, bass and vocals. One likes tea, the other whiskey. They both like The Cardiacs, Shellac, Death Grips, Adebisi Shank and The Dresden Dolls amongst many other things. They have never been mistaken for Goldfrapp.

Cowboy and the Corpse

Pilgrim are a three piece band consisting of Chris Scarlett, Mick Grace and Neil Clayton. Hailing from the Yorkshire home of liquorice, the town of Pontefract, Pilgrim play all originl material that reflects modern life, human values and personal politics. The usual lineup of guitar, drums and bass means that Pilgrim's gigs are stripped down raw affairs, although guest musicians are sometimes added where they enhance the songs.

What happens when a mysterious rock triangle of England/Hungary/Sweden finds a home in London ? HAG. Hefty chunks of riffageand grinding rock'n'roll. This is what a heavy rock band needs to be at its most primal and unrelenting. The Melvins slo-core is never far away and no surprise that Part Chimp's Tim Ceder has produced their mini album. An eardrum battering from start to finish.

A f***ed up punk/blues band from Cardiff!

Cardiff's newest purveyors of avant-garde post-hardcore death-pop with a story to tell. After spending six months crafting a searing live set, Ghosts As Alibis are ready to unleash their sound onto the public - a chaotic cocktail of ocean-sized dreamscapes blended with riffs and rhythms without rules. Taking influence from Deftones, Glassjaw, At The Drive In and the wintry post-metal of Cult of Luna and Bossk, the four-piece also embrace eerie electronica to create an immersive live experience. 'Tarantulas' the frenetic first single from their forthcoming EP 'The Fine Line Between Coincidence and Fate' is available to stream on Soundcloud and Bandcamp.