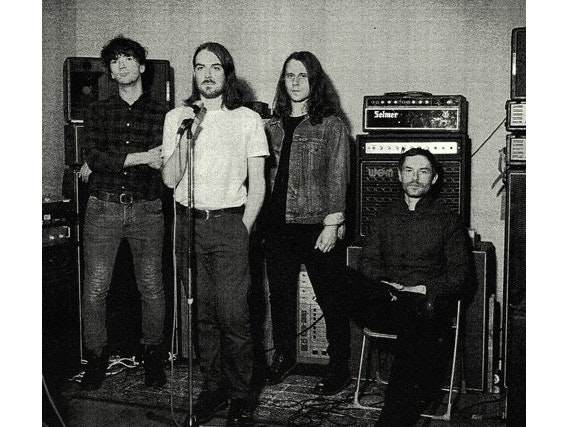 Pulled Apart By Horses will embark on their first full blown tour of the UK since early 2012 in April / May 2014, for what is being described as a warm-up exercise in anticipation of a new album release later this year.

'After spending most of 2013 writing the new album, we are now so close to finishing it that we can’t wait a moment longer to get sweaty with you guys,' guitarist James Brown states. 'So we’re excited to announce an intimate little UK warm-up tour. Think of it as some much needed exercise.'

Aberdeen’s Tunnels hosts the first night of the tour on April 24th, while there’s a visit to their hometown for a show during Live At Leeds on May 3rd. The Globe in Cardiff on May 15th marks the end of the trip.

Riotous Leeds four-piece whose punk/metal crossover pays more than a slight homage to the sounds of Seattle. Their speed-fuelled thunderous guitars and high-octane vocals draw comparisons to a crazier Queens Of The Stone Age, an artier At The Drive-In or a shoutier Shellac. With crazy song titles 'I Punched A Lion In The Throat', 'I've Got Guestlist To Rory O'Hara's Suicide' and 'Back To The F**k Yeah', the Leeds noisesmiths have a mischievous sense of humour beneath their screeching hardcore jams.

This is the psychedelic nightmare spun by The Wytches, who are spreading their subversive message across England in the dark guise of 50s surf riffs, desert whips, melancholic shuffles and a kaleidoscopic stage performance that will put you under.