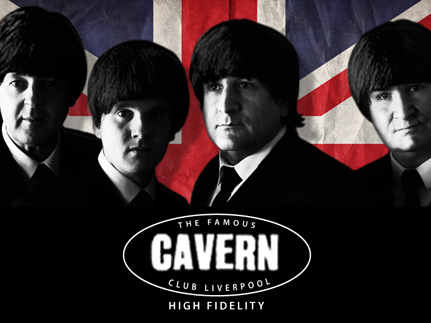 Uniquely and unlike other Beatles tributes “Made in Liverpool” are resident in the very place where pop/rock history’s greatest band were discovered. Originally named “The Fab Four” they were the first Beatles tribute band to play the iconic venue when it re-opened and are mentioned in music writer and Merseybeat historian Spencer Leigh’s book ‘The Cavern, The Most Famous Club in the World’. Born and bred in Liverpool the band performs to audiences Worldwide. Their performance as The Beatles is unique, and mind-blowing, the show has an electric atmosphere and is not to be missed! Like John, Paul, George, and Ringo Made in Liverpool are all Liverpudlians and they naturally sound like The Beatles