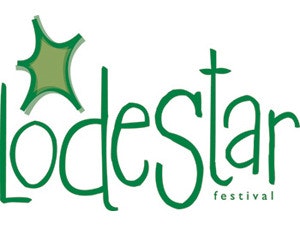 LodeStar festival is into its 5th year! Attracting festival-goers of all ages, LodeStar showcases the best up and coming artists on a local, national and international scale, as well as legends like Sir Bob Geldof!

Offering a huge amount of fun and entertainment at low cost, with fabulous, wholesome, fresh food caterers and a great family atmosphere throughout the weekend it's 2013's place to be!

Situated on 220 acres of lawn and a UK Festival Award for Best Toilets, it is great for camping!

Ryan Keen is an English singer-songwriter from South Devon. He picked up his first guitar on his 8th birthday and has never looked back. He combines emotionally driven lyrics, warm vocals and a rhythmic percussive style of guitar.

Mausi are a quartet from Newcastle via Milan, whose feel-good electronic pop and indie has been rapidly gaining popularity throughout 2013. Mausi are currently touring the UK festival circuit, while their newly track 'Move' was on the September playlist on Radio 1. Their official video already has over 400,000 views on Youtube.

The Wicked Whispers are one of the most hotly-tipped acts emerging from new music scene in Liverpool. Taking inspiration from the psychedelic West Coast explosion of circa 1967-1969 along with overtones of country, soul and 60s French pop, The Wicked Whispers bring a dark twist to the combining genres creating something altogether new and unique.

With burgeoning support across the UK & Europe, live is where Welsh duo Paper Aeroplanes really shine. Folk infused "icy-electro" are topped off with Sarah's truly beautiful, spine-tingling voice, which could break even the hardest of hearts. Names such as The Civil Wars, Laura Marling and Fleetwood Mac are often mentioned when describing Paper Aeroplanes but most would agree they have a sound all of their own. Sarah and Rich concoct intricate, heartfelt songs about things that really matter.

Kimberly Anne is drum kits made from £5 Ikea tables and condenser microphones duct taped to mops. Known for recording/broadcasting live demos and events from her bedroom in South East London, she is truly handmade in every sense of the word. Producing music of a rare and unique quality but yet comfortably familiar, she captures your imagination and invites you inside her brain for a cup of tea and a chat with every track.

Born from the roots of rock, soul and roots, Jess is currently branching out into eclectic punk blues folk with her new band, Passengers. She is a strong songwriter with a great voice and growing legion of fans.

North Wales indie-grunge three-piece, fronted by the enchanting Ritzy Bryan. Abandoning the traditional record industry route, they came to prominence upon releasing 2009 mini album 'A Balloon Called Moaning' as a free download. Their Breeders and Yeah Yeah Yeahs brand of indie-rock, with their trademark sound of crashing guitars and tight hooks, has seen them gain continual support by BBC 6 Music and a loyal fan base.

An alternative pop duo based in London. Childhood friends Marcus Pepperell and John Hamson Jr., who were previously in alt indie bands Antihero and Pull Tiger Tail, regrouped in 2011 after their previous band fell apart due to unsolvable issues with their management and label. After Pull Tiger Tail's split, Hamson went on to play drums with Noah and the Whale before playing bass and percussion with Friendly Fires on their Pala world tour. During this time the two began writing music that would become the first Thumpers songs via email.

Electro-pop/rock band hailing from Canada. The Canadian trio, now synonymous with the one word each and every one of us says all day - ‘Hello’- are responsible for THAT record that sold in excess of 2.5million copies worldwide and went on to deliver the band and their French collaborator Martin Solveig 9 platinum discs. Formed by singer/songwriter Martina Sorbara and her husband, bassist Dan Kurtz, Canadian electro-poppers Dragonette have drawn comparisons to the Scissor Sisters, No Doubt, and the Killers, thanks to the new wave sheen that dominated their early sound.

A four piece alternative rock band from Cambridge who formed in 2009. The band takes inspiration from an eclectic set of sources, such as Bruce Springsteen, Pearl Jam and Deftones.

One half of Chicago Indie-rock duo The Fiery Furnaces and former partner of Alex from Franz Ferdinand (their song 'Eleanor Put Your Boots On' was written for her!). As a solo artist, Eleanor has released four albums of pure perfect Indiepop, a sound far more accessible than the arty experimental works of her former band. "No-fuss, featherlight acoustic pop songs weave into one another seamlessly, Friedberger’s melodies familiar and redolent of artists like Harry Nilsson and Neil Young without playing like nostalgia" - Pitchfork.

Myles Sanko, dubbed the lovechild of soul music, is a soul recording artist, music producer and cinematographer of French / Ghanaian descent. He began professionally recording songs as the front man of the funk/soul/improv band “Bijoumiyo” and has also been a recent addition to Retro-Funk band Speedometer performing worldwide. Myles has created a following of music lovers thirsty for the originality, quality and energy of artists such as Otis Redding, James Brown and many other soul greats at a time when pop music dominates the mainstream. He describes his sound as a mixture of soul with rock chord progressions, played by jazz musicians. His intention is to produce music with a feel good vibe and lyrical content that makes people think. Expect deep meaningful soul grooves and jazzy musical perfection.