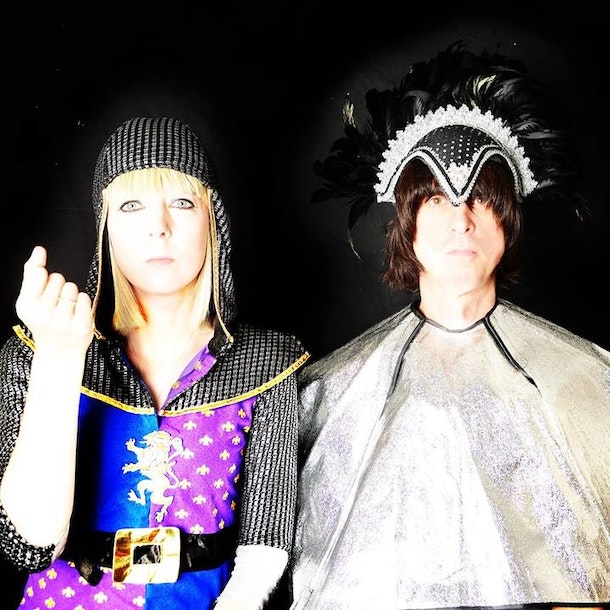 Lancaster duo David and Holly are the Lovely Eggs. They make short, sharp punk-pop songs with sweet and sour lyrics. The strange song topics range from bikes and snails to digital accordians and watermelons. Holly was previously the lead singer for late-90's girl band Angelica, loved by Steve Lamacq, while The Lovely Eggs have found fans with 6 Music's Marc Riley, Radio 1's Huw Stephens and Art Brut's Eddie Argos. Their 'Don't Look At Me' video became a YouTube sensation thanks to a guest appearance by cult comic character John Shuttleworth, while the single 'Allergies' was produced by Gruff Rhys of the Super Furry Animals, who also made a cameo in the video.