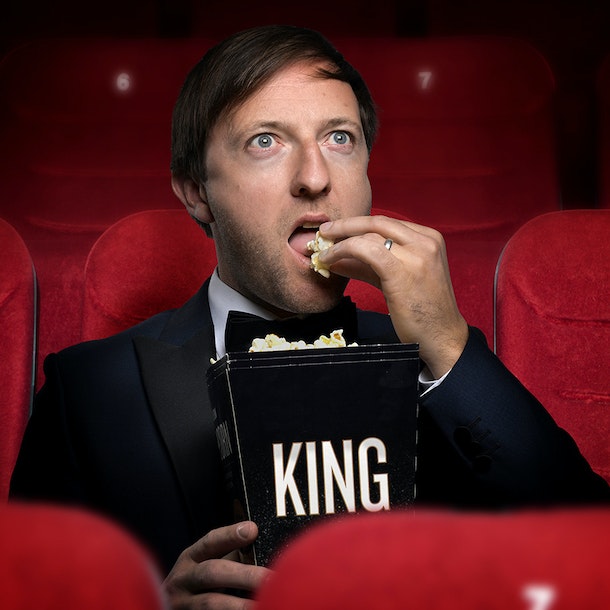 A rare club appearance from Andrew Maxwell, one of the best comedians in the country. His stand up is fiercely funny and utterly invigorating.

He is joined by Canadian comic Simon King who's nothing short of a force of nature with his 100mph delivery of thought provoking, edgy material.

Also joining the fun is Darren Harriot who subverts stereotypes and covers all the juicy topics with a cutting edge and a great beard!

Compere for the night is John Scott, circuit veteran and one of Scotland's finest yarn tellers.

On the first Friday of each month Jesterlarf presents 4 of the finest comedians from the UK's prestigious comedy club circuit.

Limited cabaret table seating available for bookings of 6 or more people – tables can be booked in advance once tickets have been purchased from the box office- add a table reservation to your on-line booking or please ask box office staff when booking.

John started his comedy career in May 1999, and just two months later he was participating in his first fringe of the Edinburgh Festival in 'Stand up Scotland' - a showcase for the best new talent emerging on the Scottish circuit. Since that time he has gone on to complete five runs in Edinburgh, won the 'Spike Milligan Award' for new talent 2003, and worked as a sketch performer on numerous BBC TV pilots. Having previously hosted shows for the likes of Ross Noble, Michael McIntyre and Reginald D Hunter he is well respected on the comedy circuit and always in demand. '... cheeky, commanding and always oozing charm his hilarious tales of class-based woe never miss the mark and are delivered with killer punch lines...' (Funhouse Comedy).