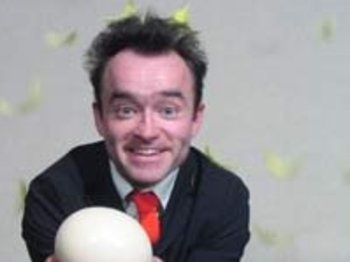 This classic fairytale now gets the Lyngo treatment so expect lots of surprises and beautiful images as Patrick Lynch (from Cbeebies) tells the gripping story of Jack who sells his cow for 5 magic beans and finds himself in the land above the clouds. It’s a show for the over 3’s (and their giants) with something for everyone – enormous shoes, tiny houses, showers of silver and gold and a big, leafy explosion!

Lyngo is a children's theatre company that has been touring the UK, Ireland and Europe since 2003. They have brought new and innovative theatre from Italy to many different venues and have had regular support and funding from the Arts Council, England. All their shows are designed and directed by Marcello Chiarenza, an artist and theatre practitioner from Venice, and all have his very distinctive style, based on the principles of ‘object theatre’ – everyday things which are transformed on stage: feathers become flying birds, a napkin becomes a princess, open a book and there's fire inside, look in that tin bath and Sheila the fish might squirt you with water…