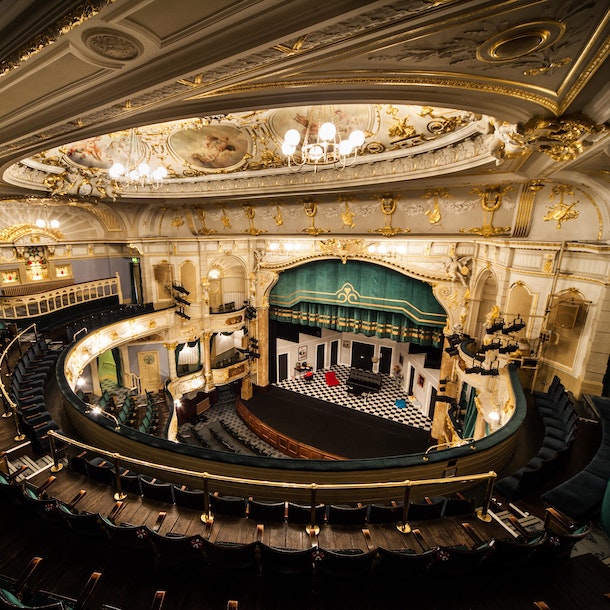 Andrew Cotter began 2020 as one of the most recognisable voices in sports broadcasting. But now, he is a ‘bone’-a fide internet sensation, only slightly eclipsed by his canine companions and overnight global superstars Olive and Mabel.

Andrew’s hilarious commentary in a series of online contests between his two adorable Labradors brought people across the internet together during the toughest days of lockdown. Uplifting and heart-warming, the series, including Game of Bones, went viral and has since been viewed more than 50 million times on social media; Olive and Mabel’s performances have entertained dog owners, sports fans and a host of celebrities across the world.

Join Andrew, Olive and Mabel for this very special live event, as Andrew gives a commentary of a different kind: the heart-warming story of his life with his two famous Labradors, of his bond with his dogs, and their many adventures together. Celebrating the publication of Olive, Mabel & Me: Life and Adventures with Two Very Good Dogs, Andrew will recount the full story of Olive and Mabel’s rise to internet stardom, how his connection with his dogs has grown into an unbreakable bond, and how walking and climbing in the mountains helps them all find peace, joy and happiness away from the hectic world of the media.

Both touching and laugh-out-loud funny, this is a treat for the whole family.

Andrew Cotter is a sports commentator for the BBC, you will often hear him on major Golf, Rugby and Olympic competitions. He became an internet sensation after he used his commentating skills for comedic effect on his dogs.