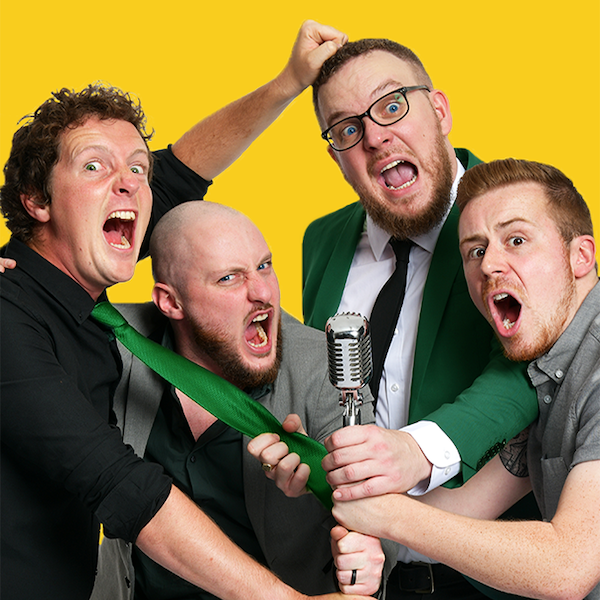 The Noise Next Door - In Charge

The quickest wits in comedy are charging into their sixth national tour with a spectacular new show that will trample your expectations.

The charismatic quartet have always astonished with their ability to spin audience suggestions into comedy gold, but for this show they’re putting you, the audience, in charge in brilliant and bombastic new ways.

The Noise Next Door are twelve-time sell-out veterans of The Edinburgh Fringe and have appeared on BBC One, ITV1, BBC Three and BBC Radio 4. They have also appeared alongside the likes of Michael McIntyre, Katherine Ryan, Romesh Ranganathan and Harry Hill.

The Noise Next Door

Improvised comedy at its best! This energetic fivesome transform audience suggestion into scenes, songs and scenarios in the blink of an eye, with hilarious consequences. With their perfect blend of ludicrous characters, barbed one liners, epic stories and musical extravagance, this team of slightly posh English blokes will have you in stitches with their fresh brand of off-the-cuff humour. 'What sets them apart is their great chemistry and genuine sense of joy they bring to the stage' (The List) 'Hilarious... A superior kind of chaos' (The Daily Telegraph) 'Comedy gold... Staggeringly well executed' (The Guardian) 'This is 21st century comedy at its very finest and funniest' (The Stage).