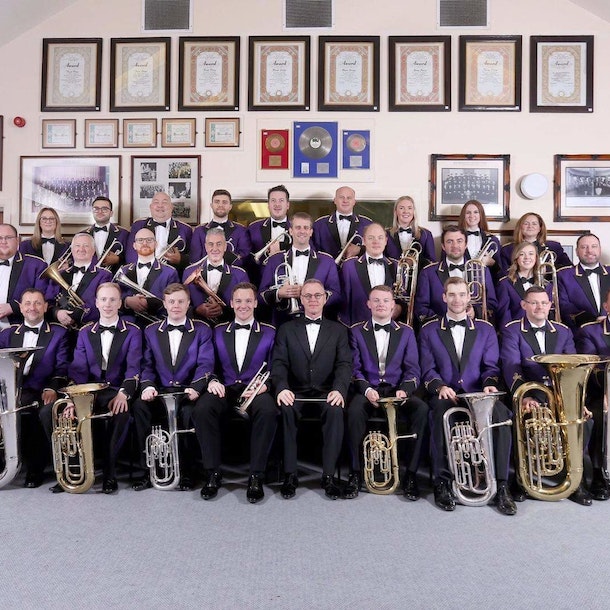 The Brighouse and Rastrick Band is regarded by many as the best and most consistent ‘public subscription band’ in the world. In its time the majority of premier band championships have been held by ‘Briggus’ whilst the band has also attracted a formidable reputation for highly entertaining concerts for both the general public and brass band connoisseur. The band was formed over 130 years ago through public donations given by the townsfolk of the adjacent villages of Brighouse and Rastrick that face each other across the River Calder in West Yorkshire, England. Today, it still continues to be supported through public subscriptions and its own fund raising efforts. Its amateur members traditionally pride themselves on being financially independent, never having been beholden to any commercial interest, yet they are still regarded as one of the ‘elite’ on the contest and concert platforms.