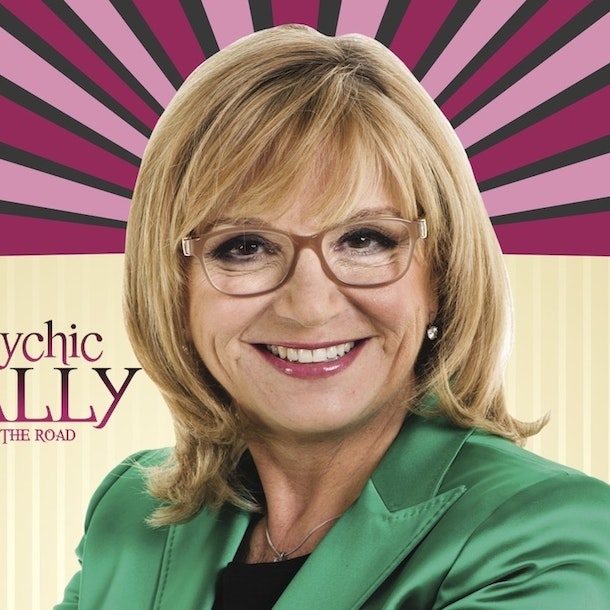 This show was rescheduled from 2nd June 2021.

World renowned psychic, television and theatre star and the UK’s favourite award winning medium Sally Morgan is back for her 10 years anniversary tour! This year will be even bigger and better than ever with her phenomenal interactive stage show.

Sally is one of the Uk’s most successful touring acts and has been wowing audiences across the country for the past 10 years. Sally’s jaw dropping show has attracted amazed reviews from theatre goers and psychic fans. The messages from beyond come thick and fast. Funny, entertaining, touching, sometimes heart-breaking, often controversial; Kisses to Heaven showcases the phenomenal ability of the nation’s best loved medium.

Sally says ‘The shows will be psychic dynamite and although they are undoubtedly entertaining, there is also a very serious side, which is to give audience members messages of hope and love from the other side’.

This is a unique evening not to be missed.

The show is investigational and for the purpose of entertainment.

Fresh from her new TV Series - 'Psychic Sally On The Road' on SKY LIVING, Britain's best loved celebrity psychic, Sally Morgan returns by overwhelming public demand. Sally has used her gift over the years to help many people, most notably famous for her work with the late Princess Diana. Her reputation has been built from her close relationship with many high profile celebrities. Sally now brings her amazing abilities and her tremendous personality to the stage with a unique theatrical experience, which is both hugely entertaining and enlightening. Sally Morgan has taken the UK by storm!!