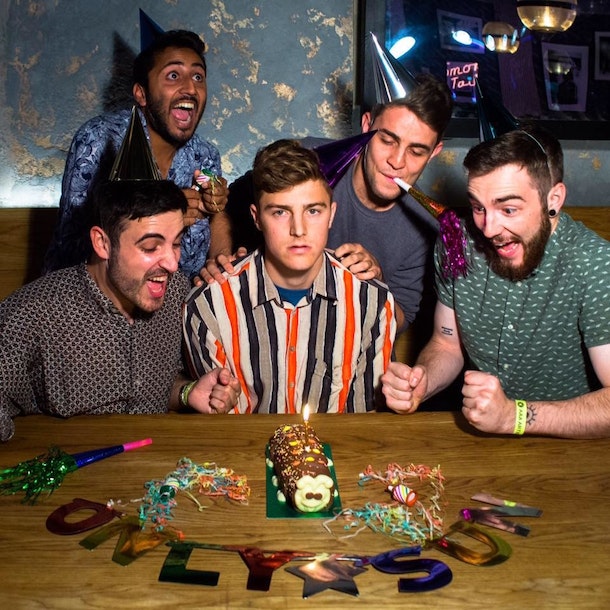 at The Louisiana, Bristol
View Tickets

Only Sun are an exciting indie rock band from High Wycombe comprising of five tiring personalities; Aabid, Daz, Ed, Euan & Taylor. Throughout 2017, they gigged extensively throughout the London scene including headlining The Old Blue Last and Hoxton Square Bar & Kitchen. They've also played at nationally renowned festivals, including Kendal Calling, Camden Rocks and Liverpool Sound City, and gained support from Spotify's The Indie List, Made in Chelsea and BBC Introducing. Throughout 2018 they released a new single every month and with this volume of releases comes the freedom to plumb the depths of their imagination and satisfy the cravings of other styles while still maintaining their sound. Perhaps there is a darker side to indie pop? Maybe it could get cheesier. Perhaps culminate into a PR car crash? Or perhaps this is a stroke of genius. Staggering, five pints deep, down the thin line that lies between pure insanity and genius is something that is not new to each member of Only Sun. One thing is for sure; behind the self deprecating front and the quickly decomposing sense of humour, the boys are turning up the heat in the studio and are ready for another year of success.