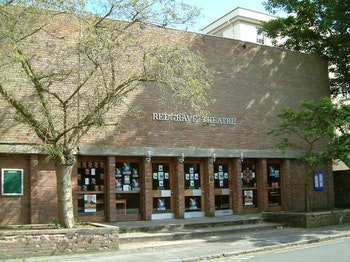 The year is 1985 and couples all over New Jersey are hiring wedding singer Robbie Hart to ensure their wedding bliss.With Robbie’s own wedding just around the corner, life is awesome! That is, until Robbie’s fiancée dumps him at the altar... Based on the hit Hollywood film starring Adam Sandler, this hilarious, feel-good story sees broken-hearted Robbie on a path of self-destruction, until he locks eyes with waitress Julia Sullivan.

Sweet and kind, she pulls him out of the dumpster, literally! Julia could just be the girl of Robbie’s dreams... Except for the fact that she’s engaged to Wall Street shark Glen Guglia. By enlisting the help of Julia’s cousin Holly, Robbie’s bandmates and the coolest, hippest grandma in New Jersey, can Robbie pull off the performance of the decade, and get the girl he loves to grow old with him?

Join Bristol Musical Theatre as they turn back the clock, and crank up the beat for this poppin’ and lockin’, sparkling, romantic musical comedy!

Featuring an upbeat, fantastic score with catchy musical numbers such as ?It's Your Wedding Day,? ?Casualty of Love ?and? Grow Old with You? this heart-warming musical will make you laugh, cry and dance in the aisles.

So bring your big hair, find your leg warmers, and grab those shoulder pads, because it’s time to book your tickets to ?The Wedding Singer?. Get ready for the party of the year!