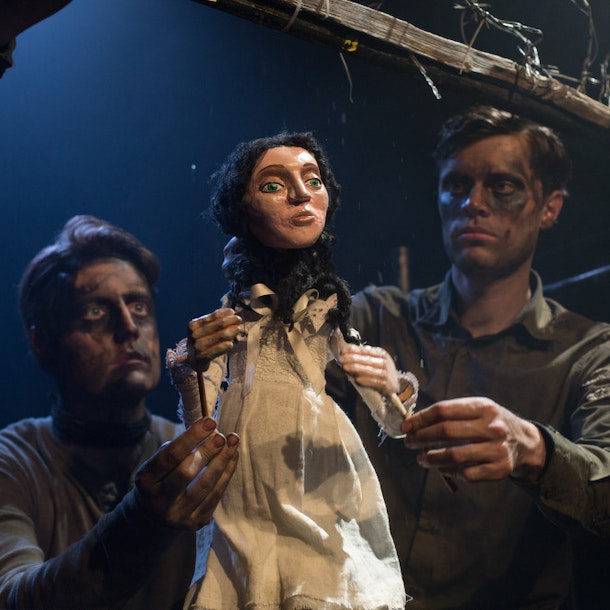 Olivier Award nominated Les Enfants Terribles bring their signature style of visual storytelling to the stage with their First World War epic, The Trench ; blending live music, puppetry and physical performance for this special centenary production. Written by Oliver Lansley and with live music by Alexander Wolfe, The Trench is inspired by the true story of a miner who became entombed underground in a collapsed tunnel during World War One. As the horror threatens to engulf him, he finds that not everything in the darkness is what it seems. The line between fantasy and reality blurs as he embarks on an epic journey for survival questioning what’s real, what’s not and whether it even matters?

From the creators of The Terrible Infants, Alice’s Adventures Underground and The Vaudevillains .

“The overall vision stays with you like a strange, significant dream.” The Times