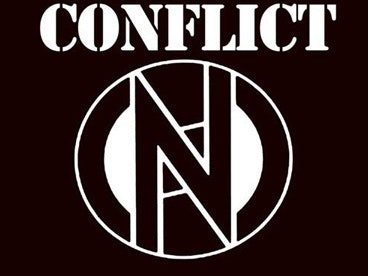 Described as the world's foremost activist punk band, anarchy is their way of life since 1981. They have maintained a consistent commitment to animal rights and anti-war sentiments, using their raging, articulate albums as a platform for social protest.

Rubella Ballet, constructed around the enduring nucleus of Sid Truelove and Zillah Minx, formed at a gig in 1979 when Crass invited their audience to use their equipment. The newly formed group took to the road with Crass and the Poison Girls, quickly establishing a unique niche and standing out from the multitudes in black combat wear with their vibrant visual image. After reforming in the late 1990s, recent gigs have shown that their power continues undiminished, with an original, atmospheric black UV light show and performances that continues to defy stereotypes. Their songs that have politically and ethically more than stood the test of time, highlighting the groundbreaking nature of Rubella Ballet’s original stage show, music and ideas.