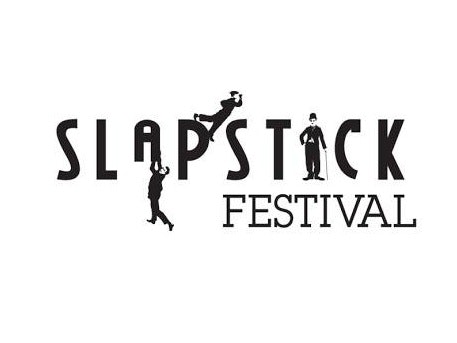 Bad News Tour - 'The Four Horseman Of The Rock Apocalypse'

See all dates for Slapstick Festival 2018

Bad News made their television debut during 1983, in the first series of The Comic Strip Presents… (written by Edmondson). The episode, “Bad News Tour”, took the form of a satirical fly on the wall rockumentary, tracking the misadventures of a hapless British heavy metal band on tour.

After a screening of the film Adrian Edmondson (Vim Fuego – vocals, lead guitar) and Nigel Planer (Den Dennis – rhythm guitar) will be joining to discuss the phenomenal success and legacy of the film which led to a sequel “More Bad News” (1988), hit singles, three albums and live shows culminating in a legendary appearance at Monster of Rock, Castle Donnington in1986. Adrian and Nigel will be in conversation with infinite Monkey cage co-host and stand up comedian Robin Ince.

Comedian, actor and narrator; Nigel first came to attention as the Hippy Neil in BBC's 'The Young Ones'. Since then his career has ranged from serious stage theatre to the narrator of the 'The Magic Roundabout'.