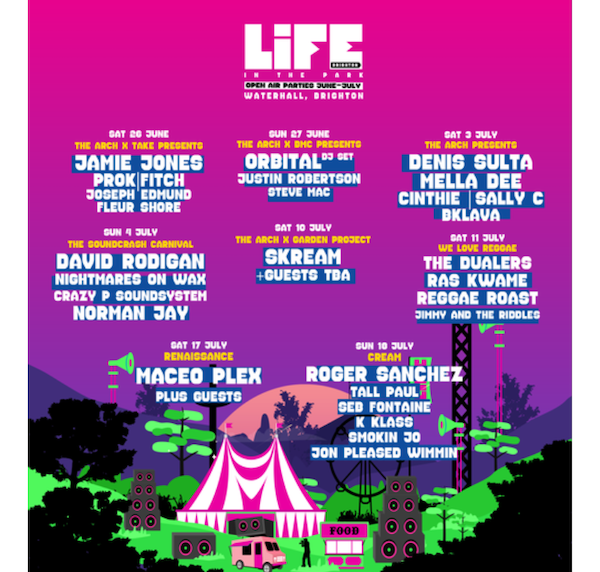 See all dates for Life In The Park

One of the country's top progressive trance DJs regularly appearing at the likes of Slinky, Godskitchen and Gatecrasher. 'The man who rules the territories where hard house and big tunes meet' (Ministry)

Resident DJ at Cream in Liverpool and on Radio 1 playing cutting edge dance and chunky, pounding, tech house and trance. He is one of the most recognized DJs on the international club scene.

DJs and producers responsible for some awesome remixes and classic early house cuts like Rhythm Is A Mystery and Don't Stop. Expect a set consisting of quality, funky house with some old skool vibes thrown in.

'The Queen of Ibiza clubbing', one of the UK's first female DJs to break into the scene in a big way. Jo's uplifting, funky and soulful brand of house has given her huge international credibility and gained her the UK DJ of the Year award.

Top DJ with Ministry Of Sound.