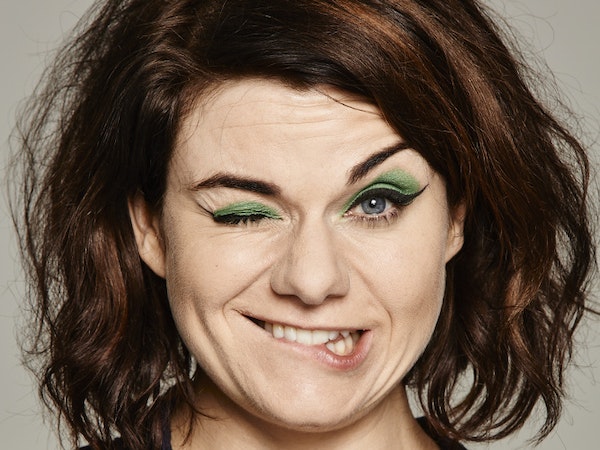 Caitlin Moran - More Than A Woman

Caitlin will be discussing her new book More Than A Woman, a hymn to the women in their 30s and 40s and their supernatural ability to deal with the stuff you never thought would happen to you: grey hair; hangovers that last for days; ageing parents; having sex with the same person for years and years and still saying ‘thank you’ afterwards - the list goes on.

Don’t miss this opportunity to join Caitlin for a joyous and hilarious evening filled with uplifting tales of mothers, daughters, female friendship, and life in and beyond your thirties.

Every ticket includes a paperback copy of More Than A Woman to be collected from St George's Hall on the night.

The award-winning columnist and critic for the Times, Caitlin Moran was named the Observer’s Young Reporter of the Year at just 15. Shortly afterwards she began her journalism career on Melody Maker, penned a novel, and in 1992 she added television presenting to her CV, co-hosting Naked City on Channel 4 with Johnny Vaughan. Caitlin has written about a range of topics, but perhaps her best known work has been the popular satirical column ‘Celebrity Watch’. In 2010 she won the British Press Awards’ Columnist of The Year Award, and Critic and Interviewer of the Year in 2011. Caitlin is also the bestselling author of How To Be a Woman and produced a follow-up in 2012, entitled Moranthology, in which she expands on her first book’s somewhat limited subject matter to include such topics as Ghostbusters, David Cameron Looking Like Ham, Rihanna’s Cardigan and My Own, Untimely Death.