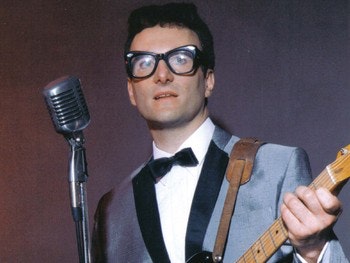 A show to take you on a two-hour uplifting nostalgic Rock 'n' Roll Roller coaster, buckle up and enjoy the ride!

Marc Robinson from 'Stars in their Eyes', 'Buddy' The Musical and more successful shows to his name, will perform as Buddy Holly with the favorites... Heartbeat, It Doesn't Matter Anymore, & Peggy Sue to name but a few! All with authentic attire, horned rimmed glasses and the famous Stratocaster Guitar!

Darren Page, for any Roy Orbison fan Darren is a must see, a beautiful voice and a range to cover any genre. Darren will perform... I Drove all Night, Crying, Mean Woman Blues & It's Over, plus one or two earlier ones too!

Steve Halliday performs as Elvis Presley giving respect for the man who was known as 'The true King of Rock 'n' Roll'! Steve has appeared on many T.V. Shows from 'Stars in their Eyes', BBC 1’s Elvis Special to name but a few, his love of Elvis will shine through and help you enjoy an Evening fit for a King! Come along and hear hits... Teddy Bear, That's all right Mama, Shake Rattle and Roll, G.I Blues, an evening of pure Rock 'n' Roll!

Will Rock 'n' Roll ever Die in Boston? That'll be the Day!

A tribute to Buddy Holly. In 1995 he formed 'Buddy Holly And The Counterfeit Crickets' and has been touring extensively since.

A tribute act to the greats of rock 'n' roll. Steve has appeared as Eddie Cochrane and the young Elvis Presley, as well as the UK's own Cliff Richard.