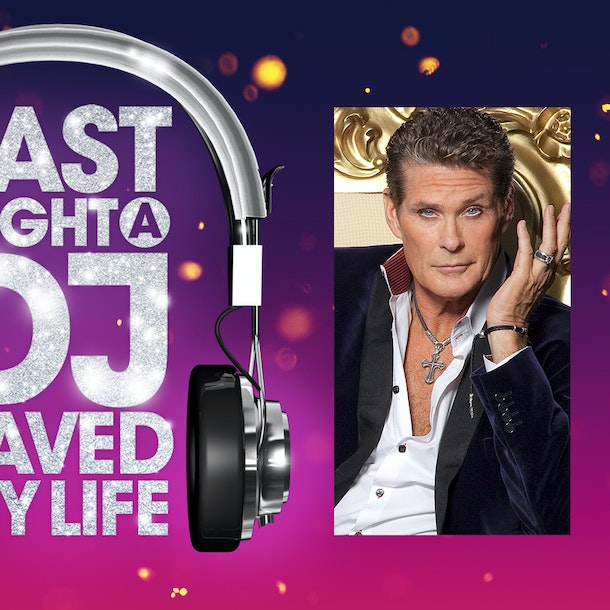 Blackpool Opera House is to present the World Premiere of the brand new musical Last Night a DJ Saved My Life starring the legendary David Hasselhoff.

From the creators of 'Dreamboats and Petticoats' and 'Boogie Nights' comes a heart- warming and hilarious story promising to be the party night of the year.

The Hoff plays an extrovert, party going, DJ and night club owner on the party isle of Ibiza at the start of the 90's. His teenage daughter arrives to stay for the summer and he has to cope with being a single parent to a girl who wants to meet boys and live the party life. Suddenly his motto is "do as I say, not as I did!"

‘Ride on Time’, back to a ‘Saturday Night’ in the 90’s ‘When Things Can Only Get Better’, and ‘The Only Way Was Up. Girls wanted to ‘Spice Up Their Life’, Robbie Williams-types wanted to love these ‘Angels’ and friends promised ‘I’ll Be There For You’. A string of hits from Maria Carey’s ‘Hero’ to M.C.Hammer’s ‘Can’t Touch This’, underscore a fast and funny story that will register with young and old when mobile phones were the size of house bricks, Nintendo Gameboy was the ‘in’ thing and we discovered Windows 95!

We watched Beverley Hills 90210, not to mention The Hoff in ‘Baywatch’. Titanic the movie was released and youngsters loved Rugrats and Power Rangers, Michael Jackson married Lisa-Marie Presley, OJ took a drive and Monica Lewinsky and Lorena Bobbit hit the headlines!

The Hoff is probably best known for the iconic roles of Michael Knight in Knight Rider and Mitch Buchanan in the most watched TV show in history, Baywatch. He has also appeared as a judge on Britain's Got Talent and America's Got Talent.