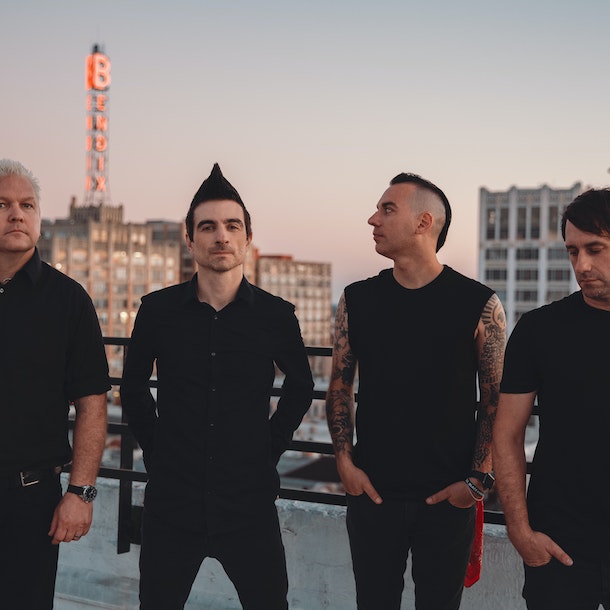 at The Mill, Birmingham
Passed

Socially and politically aware Pennsylvanian punks since 1988. Anti nationalist views are often expressed, with their socially conscious lyrics complimenting some of the finest punk guitar parts ever. Although they have suffered several lineup changes, Anti Flag are still here with something to prove, and they're still better than ever.

Formed in Toronto, Ontario in 2005, The Creepshow has redefined the saying “No Rest For The Wicked”. Since their inception, the band has brought their genre-defying blend of country-tinged, psycho punk rock n’ roll to over 25 countries worldwide. Their passion for touring is borderline obsessive-compulsive. They have an incredibly personal dedication to their fans and their live show that is nothing short of astounding. The Creepshow have shared the stage with countless awesome bands including Rancid, Dropkick Murphys, Eagles Of Death Metal and Faith No More.

Four sisters who deliver adrenaline-fueled punk-rock; Maid of Ace consist of Alison Cara Elliott (lead vocals/guitar), Anna Coral Elliott (guitar/vocals), Amy Catherine Elliott (bass/vocals) and Abby Charlotte Elliott drums). Continuing to make a name for themselves across the globe, the hard-hitting siblings have become an indestructible unit and a force to be reckoned with. known best for their live energy, raw sound and straight-to-the-point punk rock.