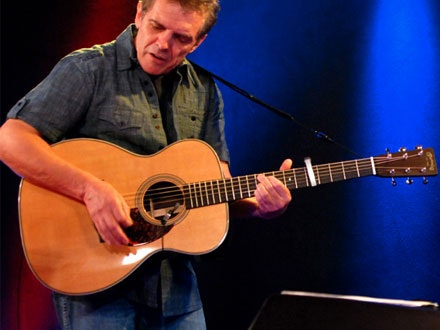 The book is structured around a series of Matthews's songs and illustrated by the stories that inspired them.

The pair are taking to the road to bring the book to life with a new music and words show. Ian Clayton will read stories from the book interspersed with live songs from Iain Matthews.

The show will follow the story of Iain's life, from a Scunthorpe childhood obsessed with football and music, to thrusting himself into the heart of Carnaby Street in the swinging-sixties. In 1967, he was recruited as lead vocalist for folk-rock pioneers Fairport Convention before embarking on a hugely successful and prolific career as a solo artist and in the groups Matthews Southern Comfort and Plainsong, including a No. 1 hit single with Woodstock.

Co-founder of Fairport Convention and Plainsong and one of the most enduring and engaging songwriters and musicians whose work spans the decades. Originally from Scunthorpe but now a born-again Texan.