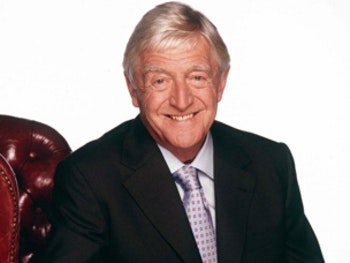 An Evening With Sir Michael Parkinson

An Evening with Sir Michael Parkinson celebrates the life and career of a man who has interviewed over 2,000 of the most important cultural figures of the 20th and 21st centuries.

In conversation with his son Mike and showing highlights from the Parkinson archive, An Evening with Sir Michael Parkinson is a unique opportunity to get an intimate, entertaining and informative look at his remarkable journey from a pit village in Yorkshire to the top of those famous stairs whilst reliving the best moments from a show that for many, defined their Saturday night.

The legendary, and now former BBC light entertainment interviewer, who has questioned a huge array of stars from Billy Connolly and Peter Sellers to Les Dawson and Muhammad Ali. Michael sent shockwaves through the entertainment world by switching his show to ITV in the spring of 2004, then further shockwaves by eventually hanging up his interview chair altogether.