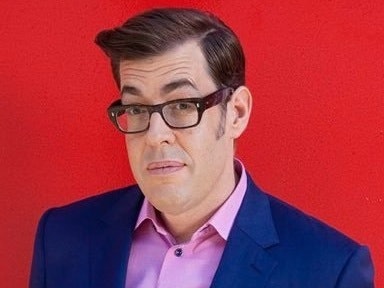 at The Forum, Bath
View Tickets

Don’t miss out on this chance to see TV personality and quiz show master Richard Osman in conversation with comedian, actor and writer Miles Jupp. The Thursday Murder Club, his phenomenally successful debut novel, is on course to sell one million hardback copies whilst Steven Spielberg has snapped up the movie rights and the second installment The Man Who Died Twice is published later this year.

In a peaceful retirement village, four unlikely friends meet up once a week to investigate unsolved murders. But when a brutal killing takes place on their very doorstep, the Thursday Murder Club find themselves in the middle of their first live case. Elizabeth, Joyce, Ibrahim and Ron might be pushing eighty but they still have a few tricks up their sleeves. Can our unorthodox but brilliant gang catch the killer before it’s too late? Typically clever and drily funny, with killer one-liners and artfully constructed twists and red herrings, The Thursday Murder Club is tremendous fun for all lovers of a classic whodunit.

Richard Thomas Osman is a television presenter, producer and director. He is the creator and co-presenter of the BBC One television quiz show Pointless with Alexander Armstrong.