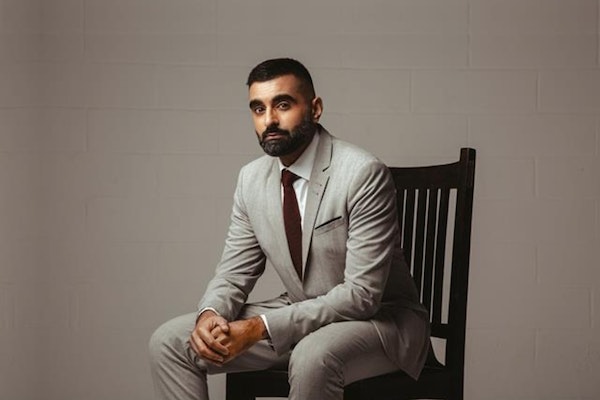 You may know and love comedian Tez Ilyas from his stand-up shows, his role as Eight in Man Like Mobeen, his Radio 4 series TEZ Talks, or panel shows such as Mock the Week and The Last Leg.

Where you won’t know him from is 1997 when he was 13¾ years old. The Secret Diary of a British Muslim Aged 13¾ is his hilarious and searingly sad teenage memoir covering experiences including running away from shotgun-wielding farmers, successfully dodging arranged marriages, getting mugged, having front row seats to race riots and achieving formative sexual experiences doing stomach crunches in a gym.

However, with a GCSE pass rate of 30% at his school, his own fair share of family tragedy around the corner and 9/11 on the horizon, Tez’s experiences of growing up as a British Muslim wasn’t the fun, Jihad-pursuing affair the media wants us to believe. Well… not always.