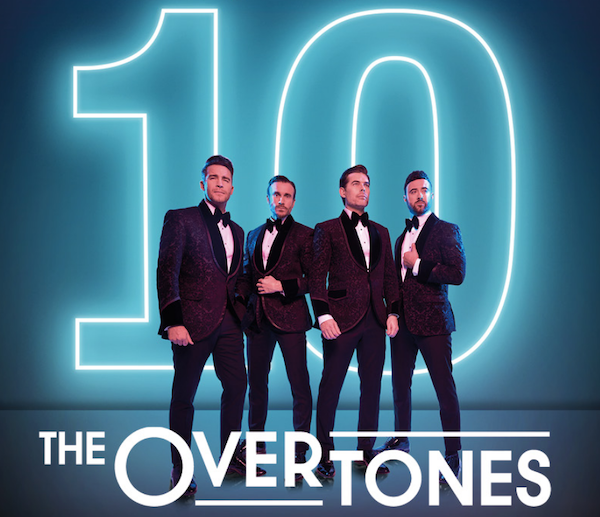 With 5 top 10 albums and 10 sold out UK Tours, The Overtones will embark on their 11th UK Tour to celebrate their 10 year anniversary performing as a group.

For the last decade, The Overtones have been a household name after appearing on dozens of television shows across the UK and Europe including Dancing On Ice, BBC Breakfast and This Morning to name just a few. After headlining at world renowned venues like The London Palladium and the Royal Albert Hall.

The Overtones have built a name for themselves as one of the UK’s most prolific live acts. From performing at the Queen’s Diamond Jubilee at Buckingham Palace to singing at the Brandenburg Gate in Berlin in front of one million people. The Overtones have entertained at some of the biggest events on the planet.

With their innate charm and adherence to vintage-modernist style, and a devotion to the timeless appeal of male vocal harmonies, The Overtones are a bridge between pre-rock’n’roll classicism and lively 21st Century entertainment. They’ve sold over a million albums, made countless TV appearances and filled venues to capacity on tour after tour, all the while building a relationship with their fans that has real depth and devotion.