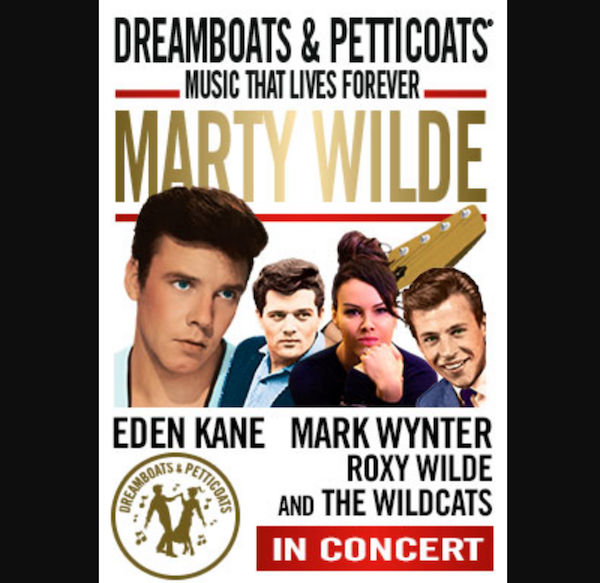 See all dates for Dreamboats And Petticoats - Music That Lives Forever

This show was rescheduled from 22nd November 2020.

British fifties and sixties rock and roller who scored a UK no.1 in 1961 with 'Well I Ask You'. He made several television appearances on shows with newly successful groups such as The Beatles and The Rolling Stones, and toured Australia with Roy Orbison, Del Shannon and The Searchers. Now residing in Los Angeles, he later went on to an acting career, making several appearances in the TV series Star Trek: The Next Generation, Star Trek: Deep Space Nine and Star Trek: Voyager under his real name Richard Sarstedt. However he still performs and in recent years released a new album 'Y2Kane'!