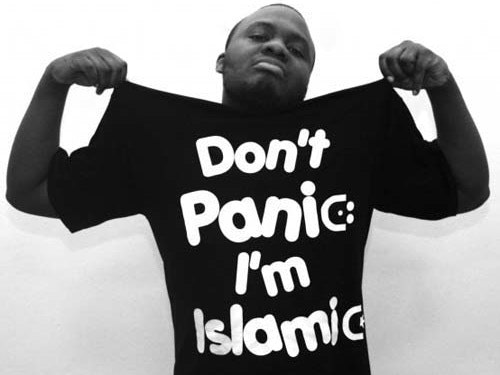 After reaching the final of Britain’s Got Talent 2020 (3,000 Ofcom complaints), Nabil Abdulrashid brings his brand new stand up show on tour.

From growing up under military rule in northern Nigeria to falling into legal trouble as a teenager in south London, join Nabil as he recollects the remarkable, chaotic and sometimes tragic (but always hilarious) story of his life so far.

Expect a night of ‘unapologetically funny’ (Telegraph) stand up as Nabil charts his journey from humble beginnings (and middles) to one of UK comedy’s most talked about rising stars.

'Born in London but raised in Northern Nigeria to a medical doctor father and a politician/businesswoman mother, Nabil Abdulrashid was privately schooled in the UK. His set covers being a middle-class educated man yet simultaneously a street smart urban youth and being a black Muslim in South London. He was a finalist in the NATY New Act Of The Year competition in 2013' (Chortle) He is the youngest ever black comedian to perform stand-up at the Hammersmith Apollo and has toured the UK with his show Don’t Panic, I’m Islamic! He entered the “Which Religion Is Funniest?” competition, after reaching the Top 10 spot, he was crowned joint winner of the national competition, judged by David Baddiel and Omid Djalili, and he was chosen to perform at the premiere of the film The Infidel.