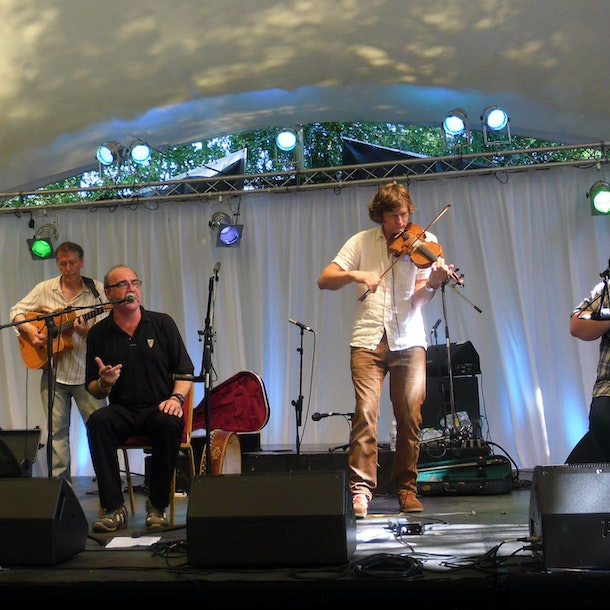 With a repertoire that encompasses fast and furious Celtic tunes and songs, gentle ballads, quality contemporary numbers as well as some original material, this Nottingham based band are one of the most sought after on the club, pub and festival circuit.

The rich sound provided by the accordion, powerful rhythm guitar and bodhran give a fullness that belies the number of people on stage.

With gigs spanning the length and breadth of the country, as well as appearances overseas, Kelly?s Heroes have a work load which proves their broad popularity.

Nottingham-based Celtic band, long standing festival, club and pub favourites with a variety of both rousing and sensitive Irish music and song.