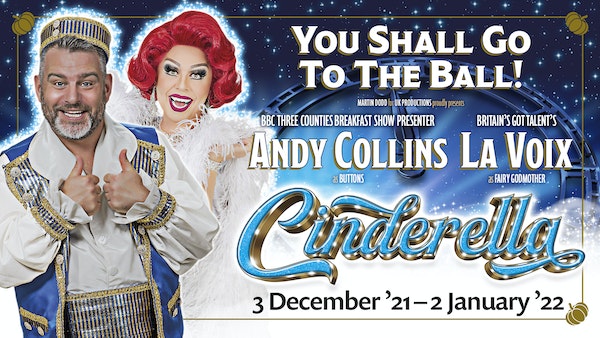 Due to popular demand, Andy Collins (BBC Three Counties Breakfast presenter) and La Voix (Britain’s Got Talent, Absolutely Fabulous) are returning to panto in 2022 with Cinderella.

Andy Collins is a British TV and radio presenter, who was once the host of ITV's 'Family Fortunes'.