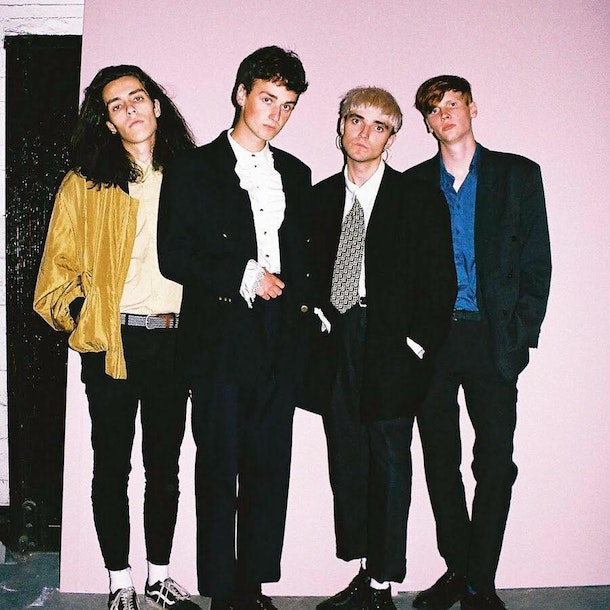 at The Tunnels, Aberdeen
Cancelled

An indie / new wave band from Glasgow of whom NME said 'The four-piece are fun and theatrical, sporting eerie stage personas'. 'Gnarly, gothic indie bedlam with a side order of glamour, Walt Disco thrive on unpredictability, on that sense of glitter-fuelled chaos.' CLASH