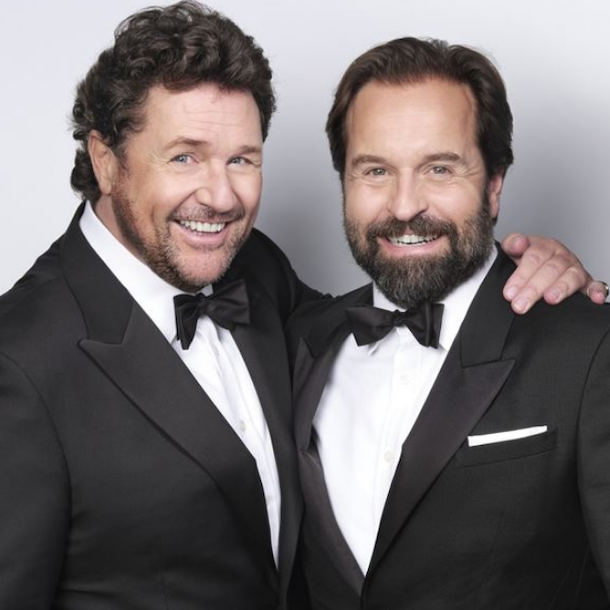 See all dates for Michael Ball & Alfie Boe - Together At Christmas

Michael Ball is one of Britain's most famous musical performers, having starred in countless Broadway and West End shows. In 1998, he won the Variety Club of Britain's Best Recording Act Award and has a loyal and dedicated fan base. As well as on stage, he performs regularly on television and film and is a committed charity worker. He has a very special place in the hearts of his fans who have supported him for over twenty years.

Alfred Giovanni Roncalli Boe was born in Blackpool to opera loving parents, with his Mother from Co. Mayo and his father from Norway. In this short time he has moved from being a Car Mechanic to an award winning Broadway star. His enchanting voice has captured the hearts of audiences and critics on both sides of the Atlantic. Alfie has moved further away from his traditional operatic repertoire on recent recordings and has never sounded so coolly contemporary, applying his extraordinary voice to a soulful set of country and blues, folk and gospel, standards and originals such as, ‘Georgia On My Mind’, ‘You’ve Got A Friend’ and ‘Glory, Glory Hallelujah’. His repertoire draws on the full range of his musical interests, from pop to rock to classical to musical theatre.