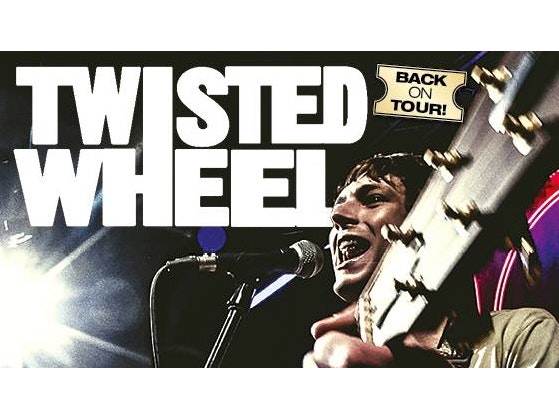 Indie band from Manchester with a heap of influences, from the Mod sounds of The Who and Small Faces to the Madchester glory of Stone Roses and Oasis. They've gone through some line-up changes over the years and split up in 2014, but return in 2018. Jonny Brown remains centre stage on vocals and guitar, joined by Harry Lavin, James Highton and Richard Allsopp.

Twisted Wheel have supported the likes Kasabian, The View, The Enemy, Paul Weller and were the main support acts of Oasis in the homecoming tour of 2009.