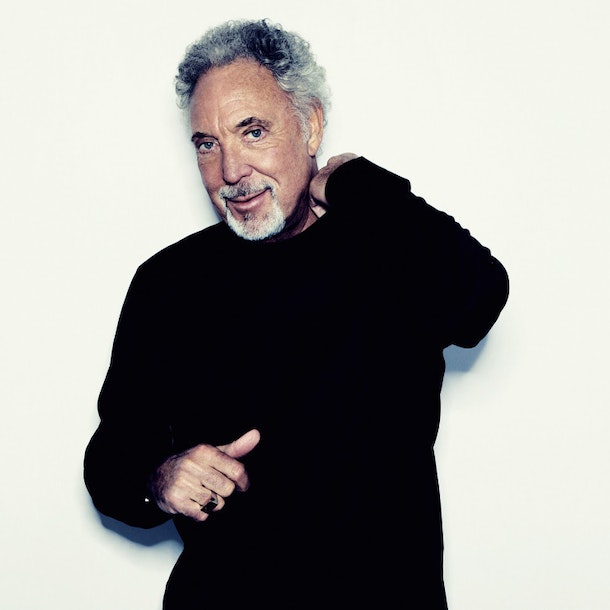 Tom's long career all began with his first hit 'It's Not Unusual' in 1965. Now Tom has found a new audience, thanks in part to his coaching on ITV's 'The Voice', and also in reaching fans of traditional R'n'B and gospel material with the trio of critically acclaimed albums he's released since 2010.

Although he is best known for hits including 'It’s Not Unusual', 'Kiss', 'Delilah', 'What’s New Pussycat' and 'Green Green Grass Of Home', he is first and foremost an artist with a true rhythm and blues soul, as recent albums 'Praise & Blame', 'Spirit In The Room' and 'Long Lost Suitcase' have demonstrated, full of simple, raw and soulful songs.

Knighted by Her Majesty the Queen in 2006, Sir Tom is indeed a living legend. His irresistible show traverses musical eras and genres, cuts across class divides and appeals to young and old, male and female, mainstream and cutting edge. Tom has always been about the power of the song, the power of the voice.