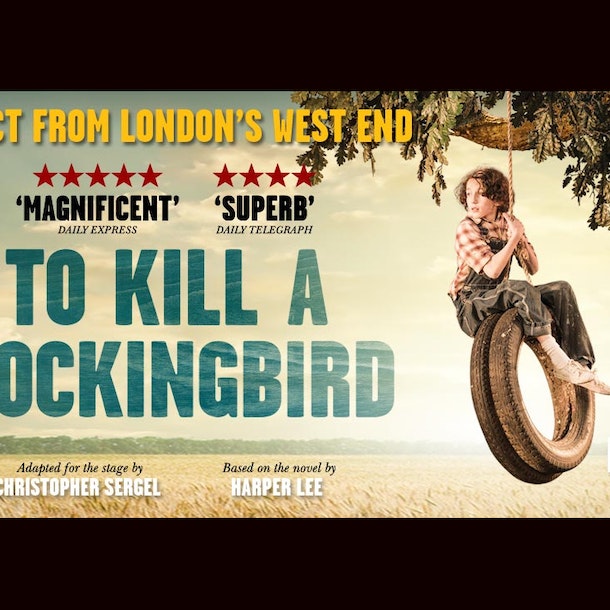 To Kill A Mockingbird Tour Dates

Set in the Deep South, Harper Lee's Pulitzer Prize-winning novel sees racial injustice envelop a small-town community. Through courage and compassion, lawyer Atticus Finch seeks the truth, and his feisty daughter, Scout - a young girl on the cusp of adulthood - brings new hope to a neighbourhood in turmoil.

This utterly enchanting and enthralling production from London's award-winning Regent's Park Theatre captures the warmth and poignancy of this best-loved classic with genuine heart and emotional depth. A story as moving and magical as you could ever hope to find.

Proving its success across every art form, the 1960 novel was awarded the Pulitzer Prize, followed by the film adaptation in 1962 which won three Oscars out of the eight it was nominated for.

The UK tour of To Kill A Mockingbird is produced by Regent's Park Theatre Ltd, Fiery Angel, Adam Spiegel and William Village.

This production is suitable for ages 13+ years.

To Kill A Mockingbird tour dates listed on Ents24.com since May 2014.

Follow To Kill A Mockingbird on Ents24 to receive updates on any new tour dates the moment they are announced...

Here are the most recent UK tour dates we had listed for To Kill A Mockingbird. Were you there?