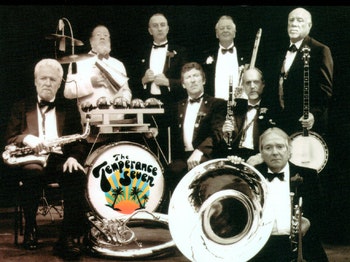 The Temperance Seven first shot to fame in the early 1960s with their No.1 hit ‘You’re Driving Me Crazy’, produced by Sir George Martin. The original members may have ceased to appear with the band but the current members can boast over 200 years of service between them. Playing tuneful jazz classics and original numbers presented with a Pythonesque, deadpan tomfoolery.