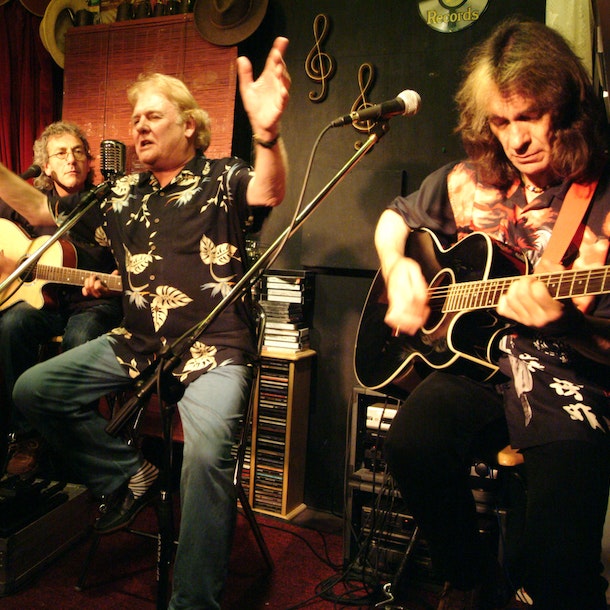 The Strawbs comprise David Cousins, along with lead guitarist Dave Lambert, and the astonishingly versatile Chas Cronk, who together formed the front-line of the classic 1970s line-up of the band. As they move gracefully into their fifth decade of music making, it is still difficult to categorise the unique sound that has made them Britain’s most successful international progressive folk-rock band.

The band started life as the Strawberry Hill Boys playing bluegrass, before moving into the mainstream by making the first Strawbs album with Sandy Denny in 1967, a year before she recorded her first album with Fairport Convention. The recording with Sandy attracted the attention of A&M Records in Los Angeles who signed Strawbs as the first British band on the label! Strawbs has a devoted fan base that continues to grow on the strength of albums like Grave New World, Bursting At The Seams, Hero And Heroine, and Ghosts, and classic songs such as Lay Down, A Glimpse Of Heaven, and Benedictus.