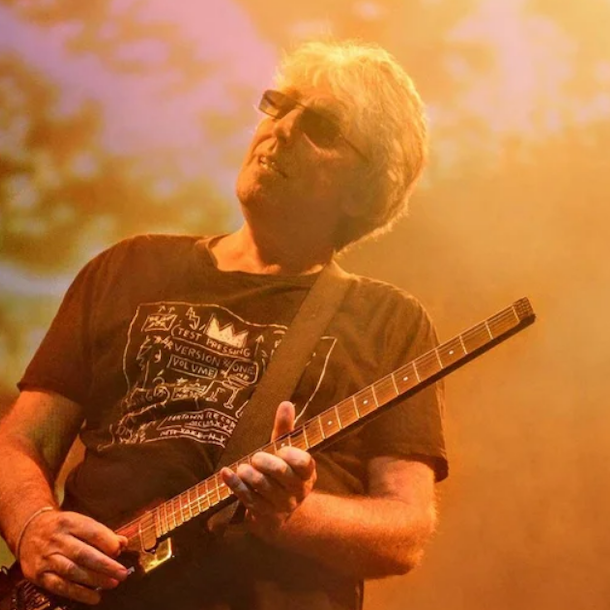 Initially associated with the Canterbury Scene during the late '60s and early '70s, Hillage played in groups such as Uriel and Khan before becoming a key member of psychedelic cult favorites Gong during the '70s.

By the endof the 1980s, Hillage had largely disappeared from music; however, in 1989 he was visiting a local club when, much to his surprise, his own Rainbow Dome Musick began to play. He introduced himself to the DJ, Alex Paterson, and soon Hillage was working with Paterson's seminal group the Orb. Out of their collaboration grew a new Hillage-Giraudy project, System 7, a dance collective also comprised of club luminaries including Paterson and fellow DJ Paul Oakenfold.

Steve made return to live rock guitar playing in the 21st century and continues to tour to this day.

Listen to The Steve Hillage Band

Follow The Steve Hillage Band on Ents24 to receive updates on any new tour dates the moment they are announced...

Here are the most recent UK tour dates we had listed for The Steve Hillage Band. Were you there?

Listen to The Steve Hillage Band