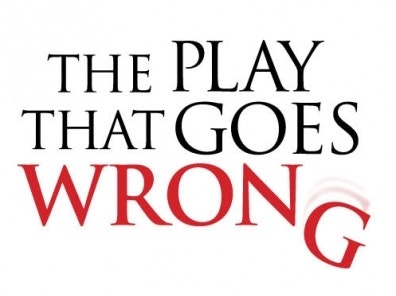 The Cornley Polytechnic Drama Society are putting on a 1920s murder mystery, but as the title suggests, everything that can go wrong… does! The accident-prone thespians battle against all odds to make it through to their final curtain call, with hilarious consequences!

Given 5 stars from The Daily Mail, called a ‘Gut-busting hit’ by the New York Times and with celebrity endorsements from the likes of Ant and Dec ‘funniest show we’ve seen! If you can get a ticket go.’

The Play That Goes Wrong is guaranteed to leave you aching with laughter!

The Play That Goes Wrong tour dates listed on Ents24.com since Jul 2016.