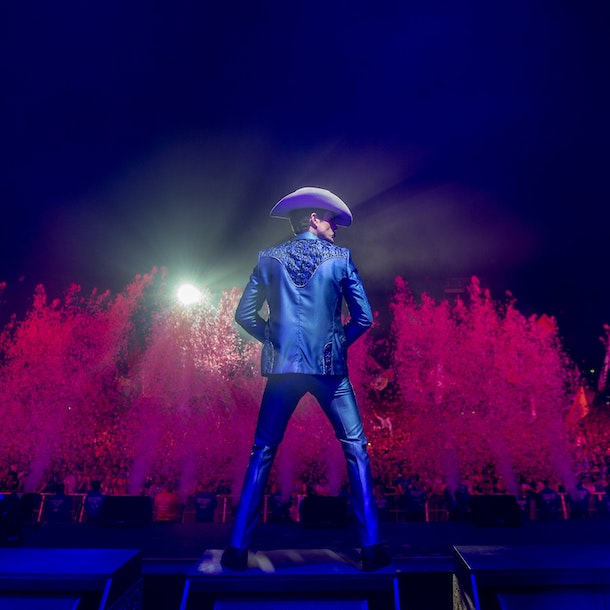 The Killers are the Las Vegas-based four-piece who formed in 2003, featuring the talents of singer/keyboardist Brandon Flowers, drummer Ronnie Vanucci, guitarist Dave Keuning and bassist Mark Stoermer. They take their name from the logo of the bass drum belonging to a fictional band in New Order's music video for the song 'Crystal'.

One of the biggest rock bands of the 21st century, with worldwide sales in excess of 28 million, the band has also received multiple Grammy nominations, American Music Award nominations, MTV Video Music Awards and NME Awards.

From their early unforgettable hits including 'Mr Brightside' and 'Somedbody Told Me' to later anthems like 'When You Were Young' and 'Human' through to their annual charity Christmas singles, the band have constantly evolved with their hugely successful brand of pop indie-rock.

Listen to The Killers

Listen to The Killers