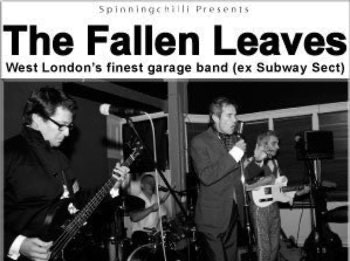 The Fallen Leaves hail from South West London and were formed in 2004 by Rob Green. Rob built himself a reputation singing at Bernie Rhodes legendary 'Club Left' and by performing with Vic Godard's Subway Sect, at the 'Music Machine' in 1980.

Rob Symmons (guitarist) was the original guitarist and founder of Subway Sect (1976 - 1978) which he formed with Vic Godard.

The Fallen Leaves tour dates listed on Ents24.com since Jun 2005.