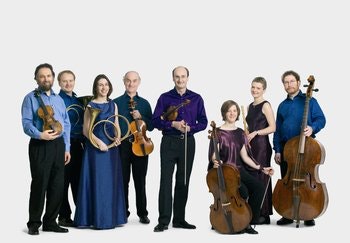 Europe's leading Baroque orchestra, under the direction of conductor Harry Bicket, The English Concert has an unsurpassed reputation for inspiring performances of Baroque and Classical music and ranks among the finest chamber orchestras in the world.

'Bicket unwrapped a musical surprise, too, in the shape of a concerto for four violins by the mysterious Dutch diplomat-composer Unico Willem van Wassenaer, some of whose work was for many years attributed to Pergolesi, no less. The playing, with Matthew Truscott's violin always eloquently at the forefront, was ravishingly good' (The Guardian)

Follow The English Concert on Ents24 to receive updates on any new tour dates the moment they are announced...

Here are the most recent UK tour dates we had listed for The English Concert. Were you there?