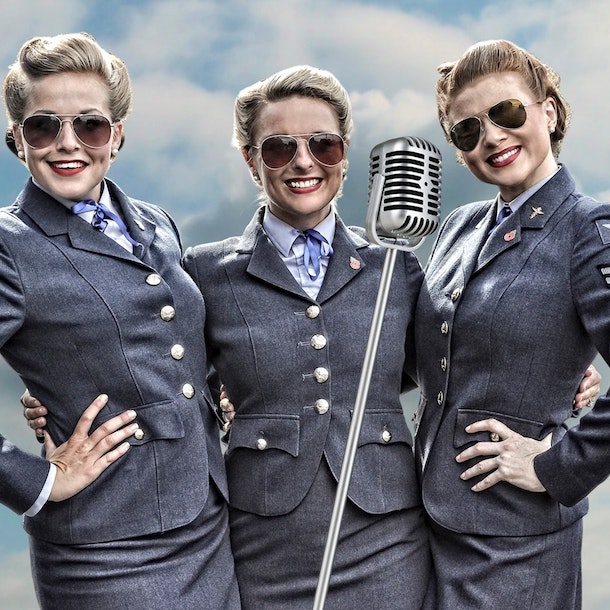 Bringing the true spirit of the wartime era alive, The D-Day Darlings sing the heartfelt harmonies that kept Britain smiling through its darkest times with popular WW2 songs such as We'll Meet Again, I'll Be Seeing You, Land of Hope and Glory, and Bless Em’ All.

Wearing original WRAF uniforms, the delightful darlings can perform against a backdrop of original 1940's film footage, taking the audience on a journey into the heart of an era where troops were being serenaded by the likes of ‘Dame Vera Lynn’, who is an advocate of the show. Also proudly supported by The Royal British Legion, the Forces’ favourite sweethearts do their bit for our nation’s heroes with each performance, having raised almost £40,000 to help the charity so far.

The D-Day Darlings boast a long list of major credits including The Imperial War Museum, The Black Country Museum, The RBL's Festival of Remembrance, Royal Hospital Chelsea and RAF Cosford’s Veterans Parade. Perfect for any military or forties-themed event, they create the atmosphere of wartime Britain with authentic 40s glamour, quality vocals and professionalism.

The D-Day Darlings tour dates listed on Ents24.com since Apr 2014.