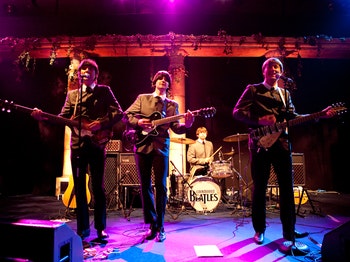 After international acts with two of the highest profile performances ever undertaken by any Beatles tribute .Headlining the main stage at Japan's Fuji Rock Festival - with Coldplay, Elvis Costello. Steve Winwood, Primal Scream, Bjork - to an international crowd of 80,000. They also starred in the £300,000 stage production Beatlemania at the Theatre Vergina Thessaloniki, Mainland Greece,