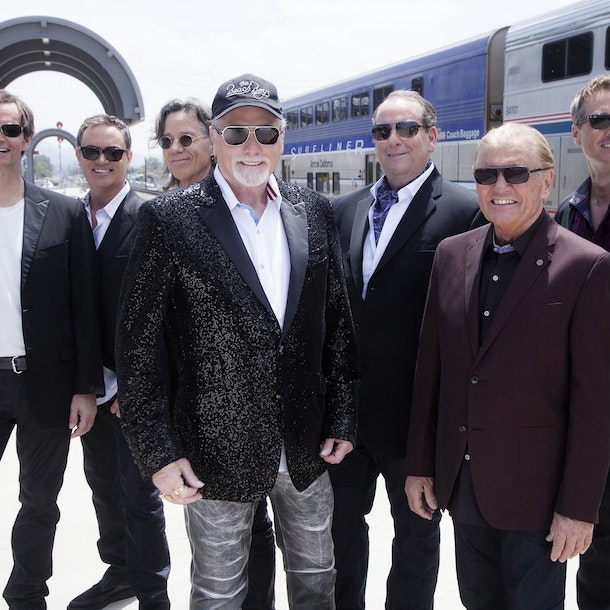 Californian surfing feelgood music from the golden age of the 60s & 70s. The band have been through it all in their career, spanning five decades; deaths, court battles, line up changes and walk-outs - there isn't much these guys haven't seen or done. 'Surfin' USA', 'Little Deuce Coupe', 'God Only Knows' and 'Good Vibrations' are just some of the songs on their seemingly never ending list of hits.

Inducted into the Rock and Roll Hall of Fame in 1988 and recipients of The Recording Academy's Lifetime Achievement GRAMMY Award, The Beach Boys are an American institution that is iconic around the world.

Listen to The Beach Boys

Listen to The Beach Boys