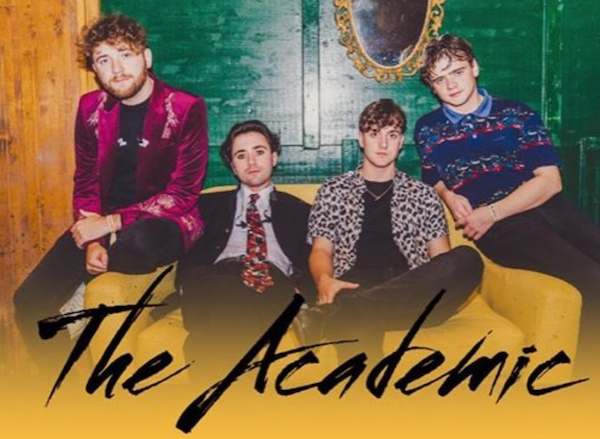 A four piece indie band from the small town of Mullingar in Ireland. Bringing their own infectious blend of indie/rock, the boys have supported the likes of Pixies and Noel Gallagher before finally making waves on their own. With their blazing guitars, The Academic are very much inspired by bands such as The Strokes and at times are reminiscent of Co Down indie-poppers Two Door Cinema Club. The quartet went viral in 2017 when they used Facebook Live to create an audio and visual loop pedal effect for their single 'Bear Claws'.

The Academic tour dates listed on Ents24.com since Aug 2014.

Listen to The Academic

Listen to The Academic